Inevitable to Tunisia from bankruptcy and the colonization of the International Monetary Fund only to open our country and our markets to Chinese giant friend and I am ready to intercede with the Chinese government to make Tunisia a giant Africa does not need loans and handouts and humiliation of the colonizer.

In a meeting with political and the business man Bahri Jelassi talk to us about the possibility of cooperation with China as it stated on many occasions that there is no way to Tunisia, to get away from bankruptcy only through this cooperation. We asked him about aspects of this cooperation and how he sees, he said: «If my answer is simple and clear and is to be associated primarily with China, a giant global economy in all economic, financial, industrial, scientific and technological fields and construction.

Because this country was able, thanks to his men, and their politicians and the army and security than to be self-sufficient in all areas, although it is more than one billion and 300 million people, or roughly almost fifth of the world’s population.
China has been able thanks to the resolve of its citizens who do not want only the progress and advancement of their country in all spheres of life that indomitable Titans the world in all aspects of life and industries.

As for Europe, which always see it as close to us, the powerful countries, and a population of over 500 million people, it is not worth anything in front of the Chinese giant is not in terms of the economy and in terms of industries or new technologies. Therefore, we ourselves should the Tunisian people to wake up from our deep sleep and reach out to a friend who did not want to humiliate or colonize us Or violation of our sovereignty and the sanctity or force them to follow the policy, linguistic and educational curricula or embrace a religion believes in it.
On that basis, I would advise our politicians and our people I am ready, Bahri Jelassi, to be the honest broker of the Chinese government to make Tunisia Station Chinese industries in all the mechanical and electronic fields or buildings and construction of any investment in all fields. Especially in the construction of 720 thousand housing units popular with all facilities of schools, institutes, colleges, hospitals and spaces of Commerce and spaces of entertainment in all the states of the republic at a rate of 30 thousand homes in each state and equipped with everything necessary.
As I said, as well as linking all the states of Tunisia roads and fast rail network will these buildings be out about two kilometers from the built-up areas inhabited by anyone who wants to purchase or wants to pattern «lease to buy (Location-vente). We have thus to made it possible for all Tunisian citizens of a decent house. The Chinese state is ready to link Tunisia each from Libya, Algeria, Morocco, Mauritania and other African countries through a network of highways and rail network for movement of goods and people. «..

The tunnel project also!
«… I am ready to convince the Chinese government to complete the tunnel, which will connect Tunisia, Italy from Haouaria to Marcela, a length of 136 km under the sea. Means that Europe will be linked to Africa through Tunisia and through this tunnel which will facilitate trade and transit of people as soon as possible and lower costs note that we have more than one million and 200 thousand Tunisian in Europe and more than 4 million between brothers Algerians and Moroccans.
If China is able to create this tunnel and financing costs, the Chinese and me deal Tunisian and Italian governments on how to exploit it. China is also a great industrial country able to save us from the illusion of the traditional industries that eat them forever and no longer drinking Tnfna in something. China is a country invention and discoveries exceeded his accomplishments all the developed countries in the world including America and Europe. For this country’s economic benefits And knowledge on all countries of the world, especially African countries, where there are more than 20 million Chinese working in the petroleum, construction, roads, bridges, dams and various industries. I am a Tunisian citizen, I want to my trying to take out the impact of the colonization of the International Fund for bile and protecting Hama to the possibility of advancement of my people, who know that mostly educated and cultured, almost in the world where there is no boredom or bees or doctrines only warring country. I think that China is the only country which is estimated to make from Tunisia ahead such as South Korea, Thailand, Malaysia and other countries made industrially and technically and technology and become one of the Asian Tigers countries.
China is a stable country and the security of its people and a coherent and likes its politicians who saw them and they were really good owners is better able to make good and they made their people sciences pride in his homeland and its people, decent and generous and hospitable.
« 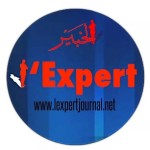